When you open GeoGebra, you’ll see several windows. These are called views. If you don’t see any, you can find them under

Menu. The most important ones are:

– Used to save expressions, functions and values. Objects that are in CAS are stored here as well.

– Used to plot graphs. You can easily change the name, style and layout of your graphs. Right-click the graph and click

Gear (Settings). Make any changes to your graphs here. 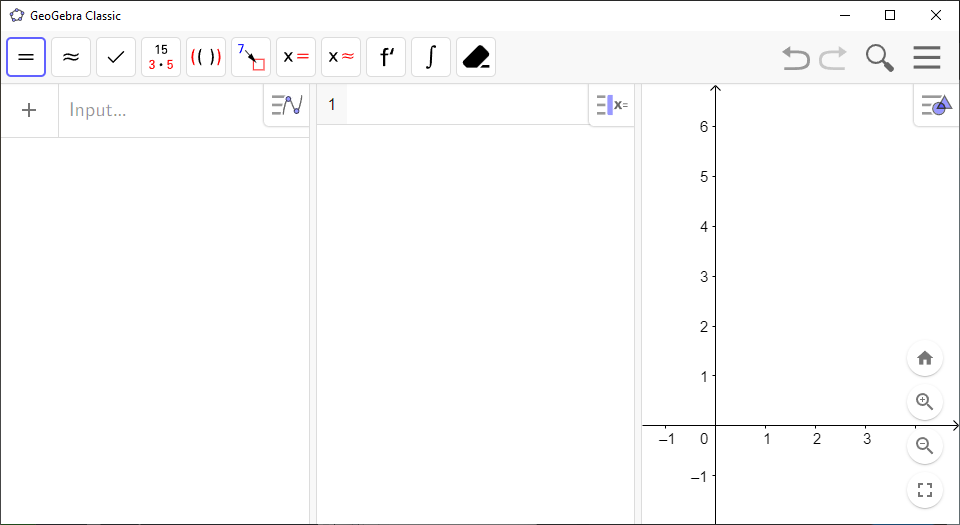 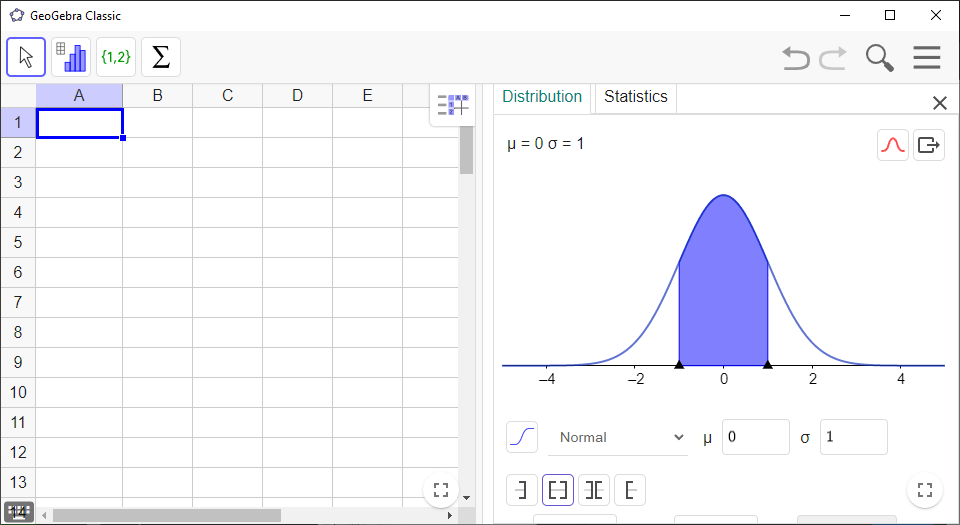 All the views in GeoGebra have their own list of tools at the top, the Toolbar (F) for that specific view. If you click on any tool in the Toolbar, you’ll open a toolbox. The toolboxes are divided by category. For instance, the sixth toolbox in Graphics View contains tools for drawing circles.

The tools can do common tasks in mathematics for you. To use them, click on the icon within the boxes.

GeoGebra also features tools in the form of commands. To execute a command, enter it in CAS. Some of the most common commands work in Algebra View as well. For example, if you want to factor the number 15, enter the command

in CAS, then select Factor(<Number>) from the list of suggestions. Replace the <Number> field with 15 and press Enter. CAS will print the answer .

Many commands have multiple variations for different kinds of input. You probably saw that there are two variations of Factor: Factor(<Number>) and Factor(<Polynomial>). If you insert a polynomial into Factor(<Number>), the polynomial will actually not be factored! Make sure you pick the correct variation of the command.

Saving an object (like a function or a figure) in GeoGebra is known as defining that object.

in Algebra View, using one row for each object.

To define the function in Algebra View, type f=2x+1 in an empty row and press Enter.

Note! In CAS, you must type := instead of = to define your objects. If you’re defining a function, you need to specify a name for its variable as well.

To define the function in CAS, type f(x):=2x+1 in an empty row and press Enter.

What Are GeoGebra Views?